The 2nd day in New York, and the day of my return back to Europe, I spend some hours for spotting at the approach of runway 31R.

After a couple of hours I had to go to the airport for my flights back to HEL/ARN/AMS.
I already did internet checkin this time in my hotel and was secured with windowview.

After customs I had to wait for my MD-11, OH-LGD which was on schedule for the returnflight. So another MD-11 I still needed to fly. Pretty good catch, 2 new out of 4 remaining frames. 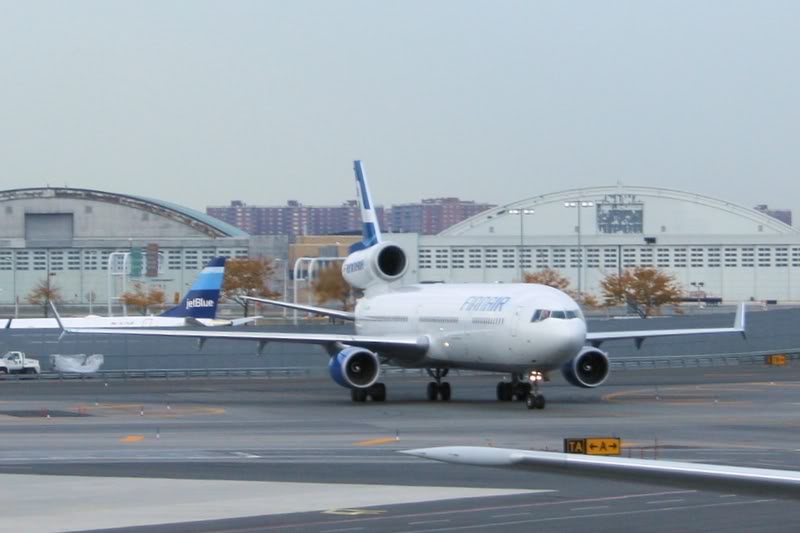 Wait… hmm… what… no it’s not LGD! But…. YES! This makes me fly the very last flight of… yes indeed Lima Golf Charlie 🙂 YAHOOO 😀 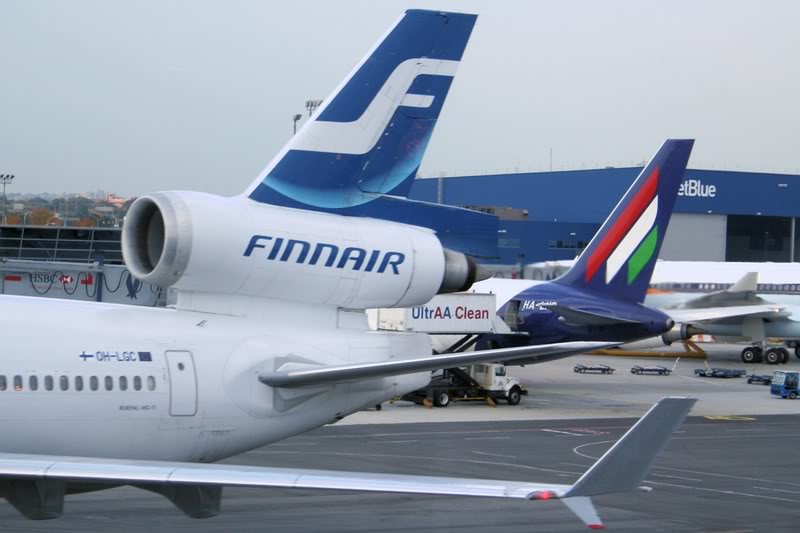 At the gate I heard from one of the crew that LGD had to go into maintenance for 1 day because of a small tech. failure. This guy who told me the day before that LGC was still going to fly for 2 more weeks also told me I was right the day before about LGC, and that it would have been its last flight if DELTA wouldnt fall out because of failure, but now I would get CHARLIES last commericial flight in Finnair service.

At entrance the same crew welcomed me again and the welcome was warm from the very first moment. I had my windowseat 23L, the first time in AY M11 before wing. Only rows 21-22 are in front of engine, before 21 is only business class. 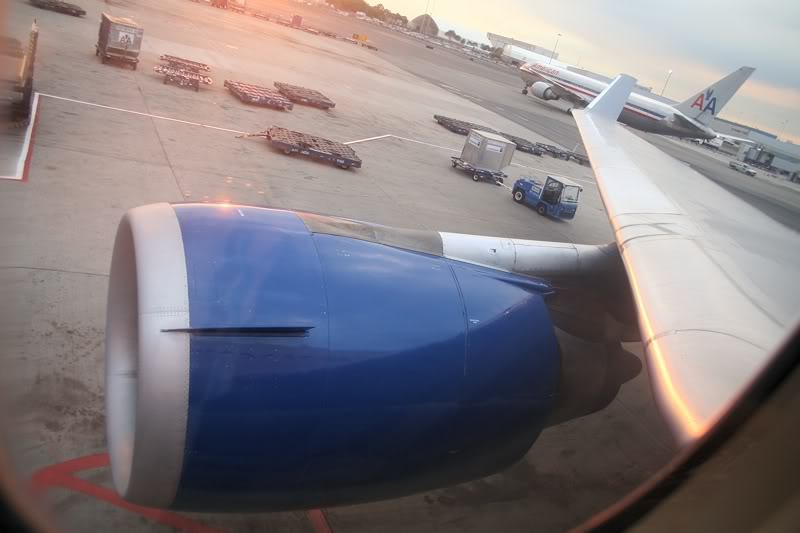 We had pushback during sunset. 1,5 hour later we finally took off! :blink: Only 2 runways in use. 1 for landing and also the runway for T/O was used for landing quite often.. it took ages.. and then at least 25 other aircraft in front of us wanted to take off in between landing traffic. Imagine how many fuel those machines use. And then in Europe you see aircraft put off engine(s ) during taxi to gate or startup engine at hold-short point near runway. And then this… extremely busy! Takeoff movie JFK-HEL OH-LGC 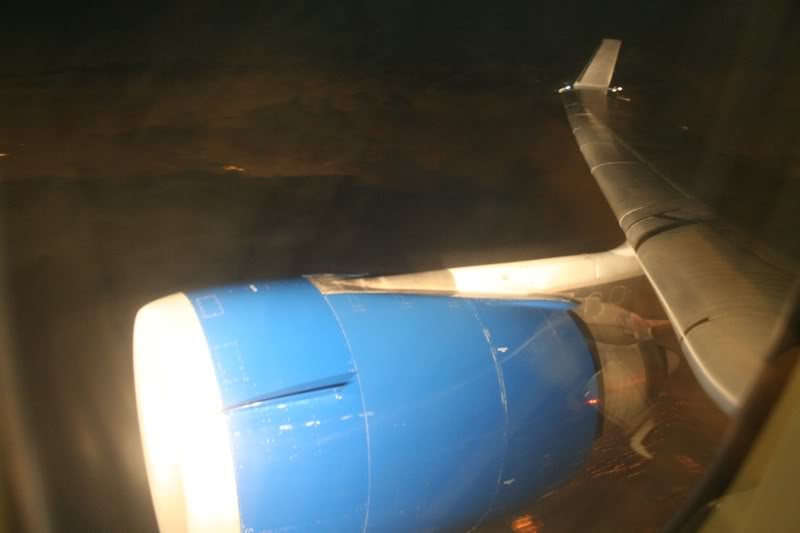 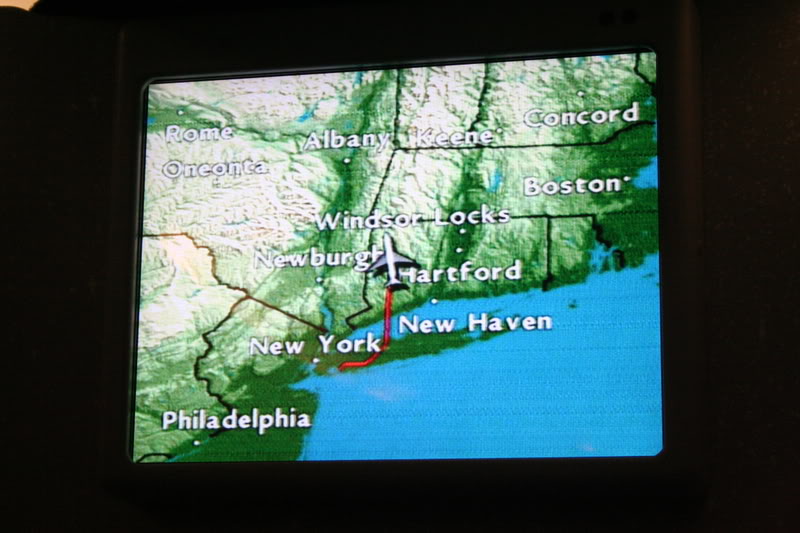 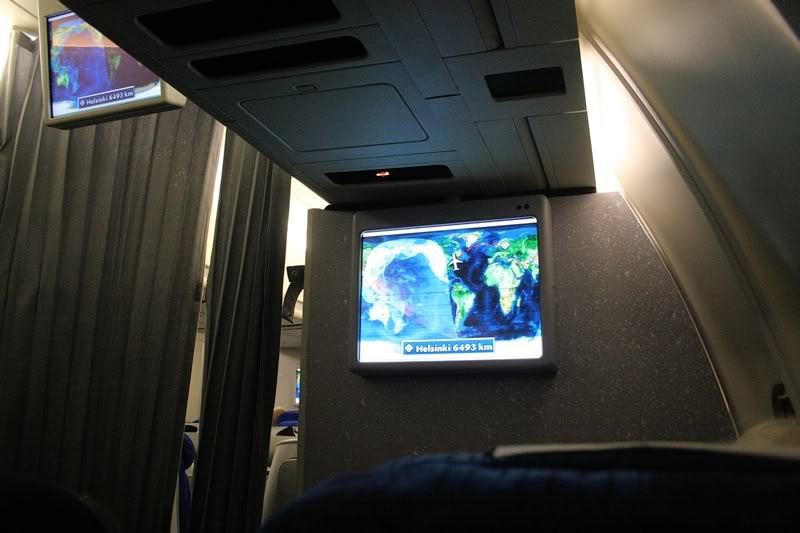 When I was busy making photographs one of flightattendents came to me, still remember her very cute finish blue eyes and blonde hair. And I got champagne!!! For you! You are a special guest today and because it’s the last flight you wanted to make, only for you! Next to the champaigne I got some candy and a cup of chocolates. 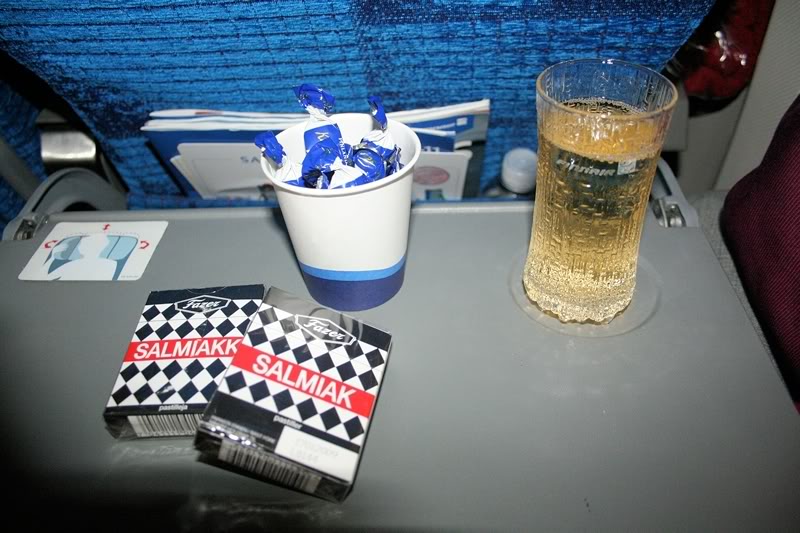 15 Minutes later another flightattendent came to me and she gave me postcards of Finnair, a set of playcards with Retro A319 on back of every card and a small Finnair aircraftmodel of A340. I already had MD11 model at home, I think they must have known hehe. At that moment I was thinking of the flight, the hotels, everything just going above my budget… but this moment, this incredible good service…. unaffordable! I really felt like…. I AM THE MAN! Economyclass seat but above Businessclass experience! Every now and then one of the crew came ask how my flight was. At the end of flight the purser came to me: I had to write small story of what I was doing including my emailaddress and phone number. She contacted Finnair office because of me and they wanted interview with me. I got invited into Helsinki later on this year for small conversation with CEO about my LGC experience and why I am into Finnair/MD11 this much!

One thing where I was surpriced about was the seatpitch on LGC in front! This really was crap, strange they have different seatpitch within 1 aircraft!

After this we started descending into Helsinki. Landing movie AY006 in HEL OH-LGC

After the flight I had to do flightdeckvisit! 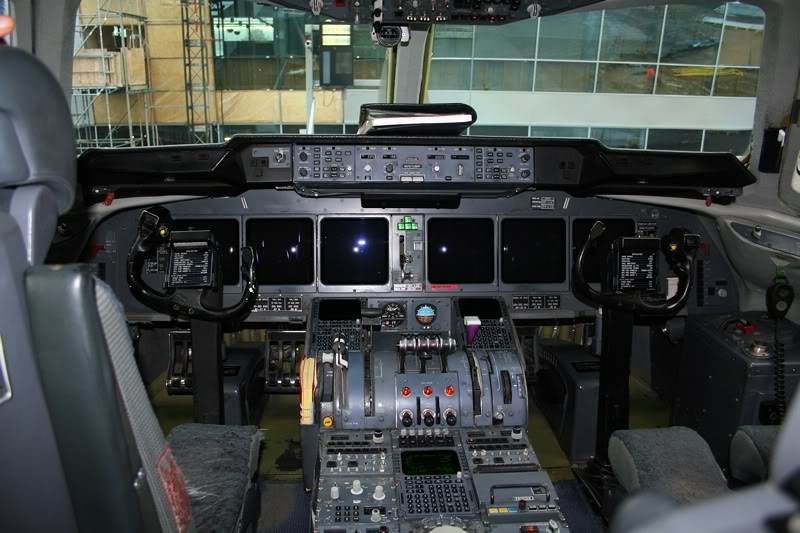 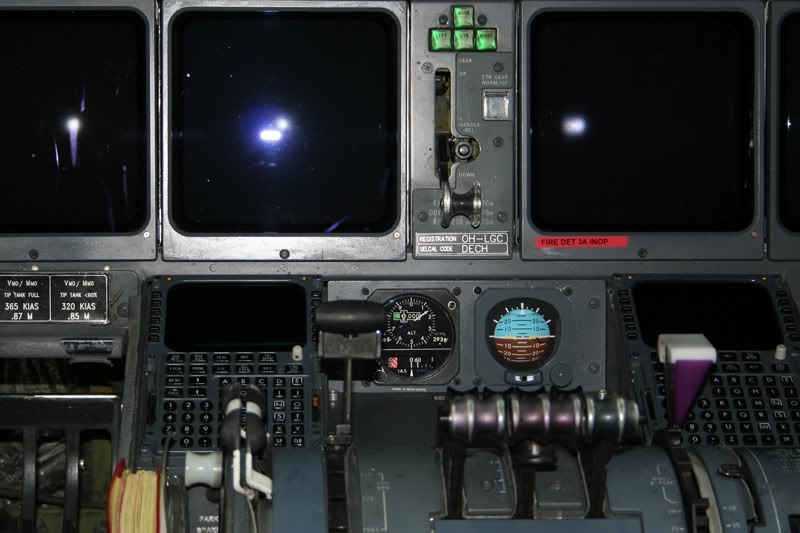 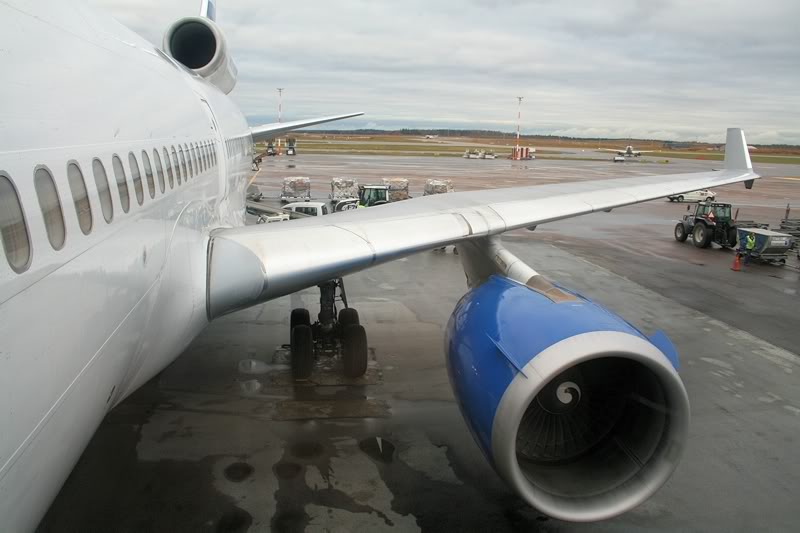 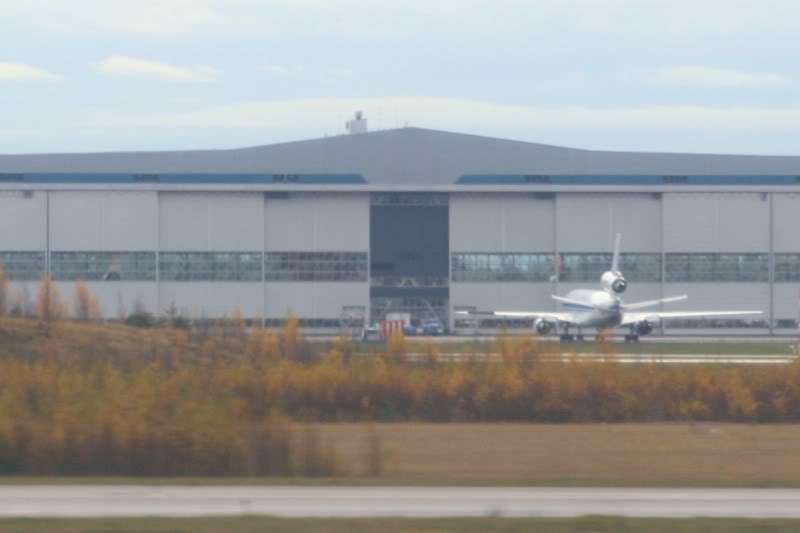