Today was the return flight to Amsterdam. A positive and negative day. It was sad leaving California that soon, but the positive was PH-BFI was scheduled to operate my flight. This would mean fly a new machine for me! PH-BFI : 15/22!

Came into LAX from Vegas where I spotted a beautiful sunrise! 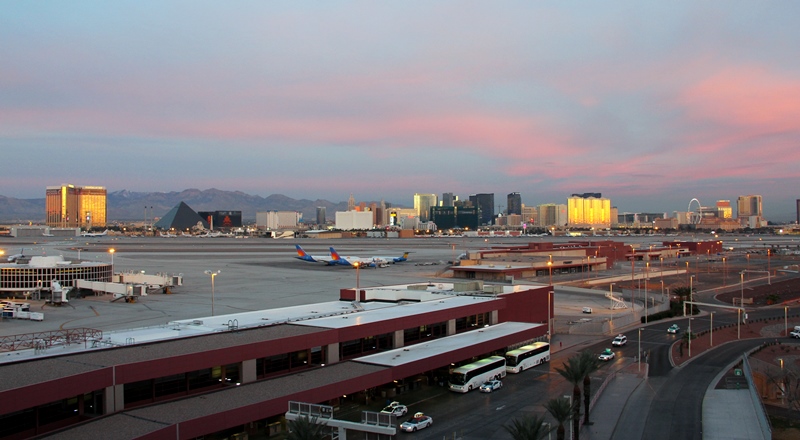 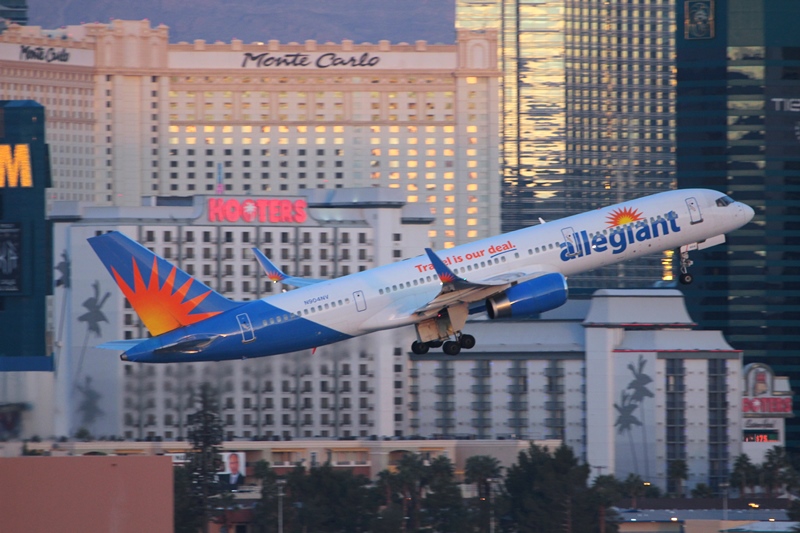 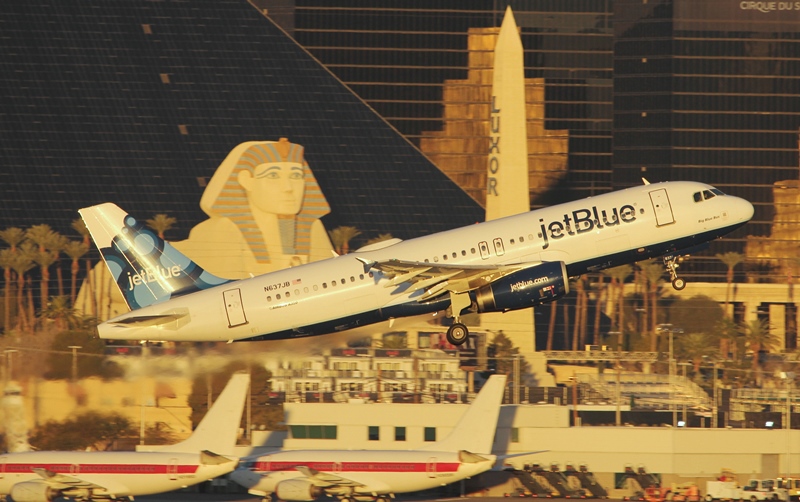 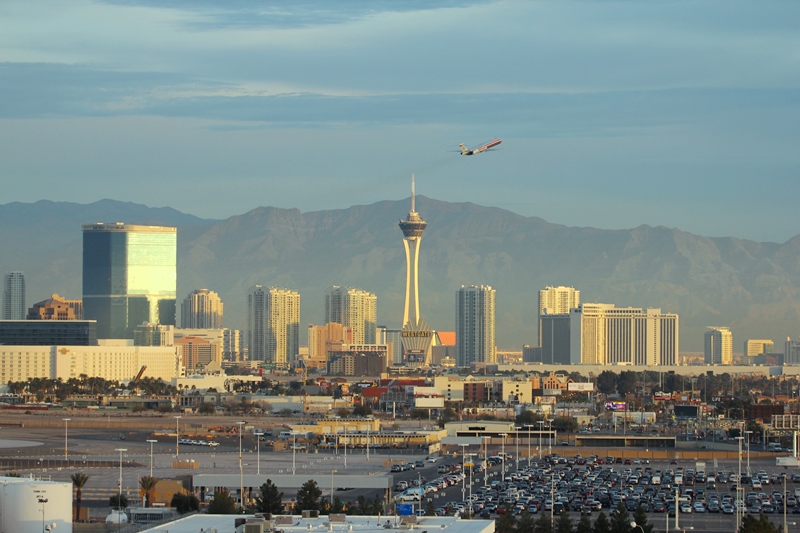 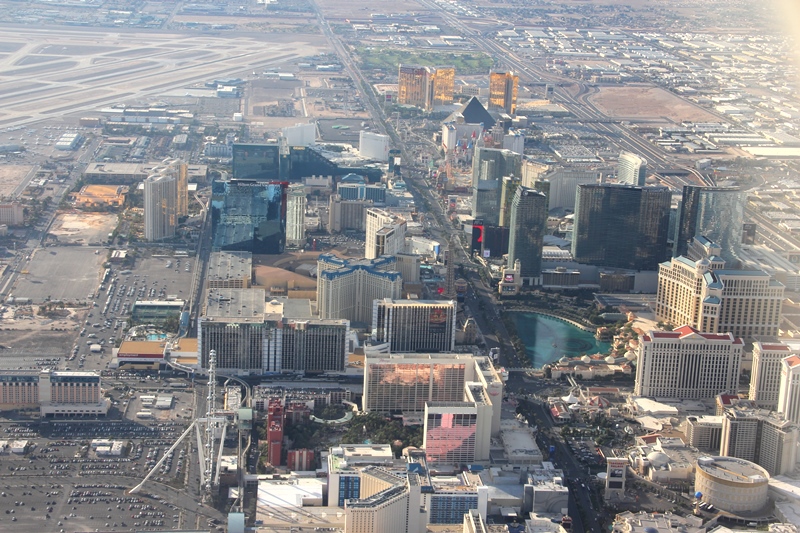 Here in Los Angeles the City of Jakarta, PH-BFI taxiing to her stand 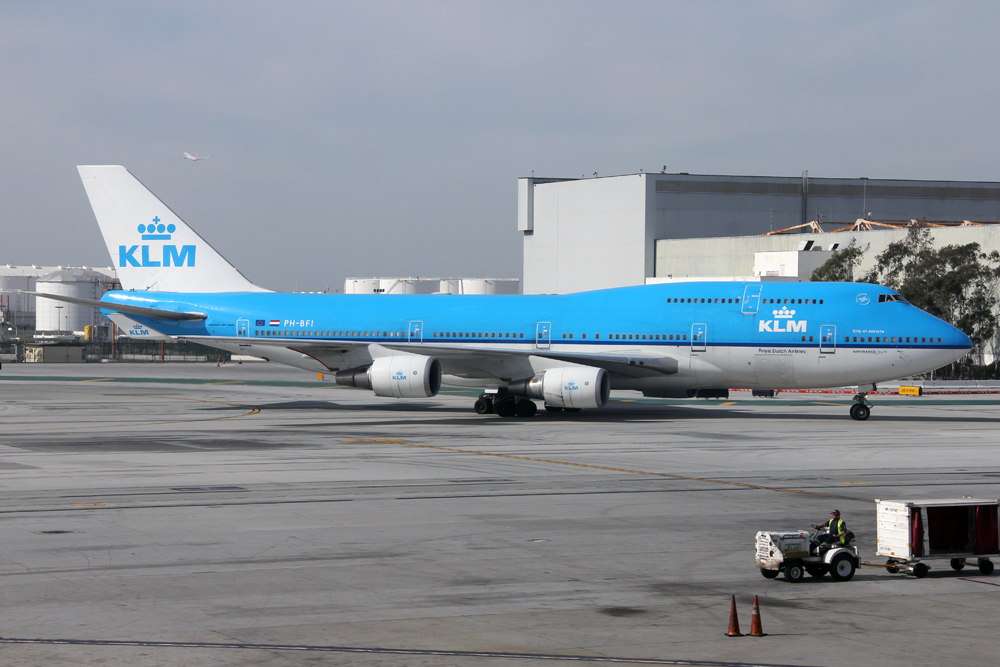 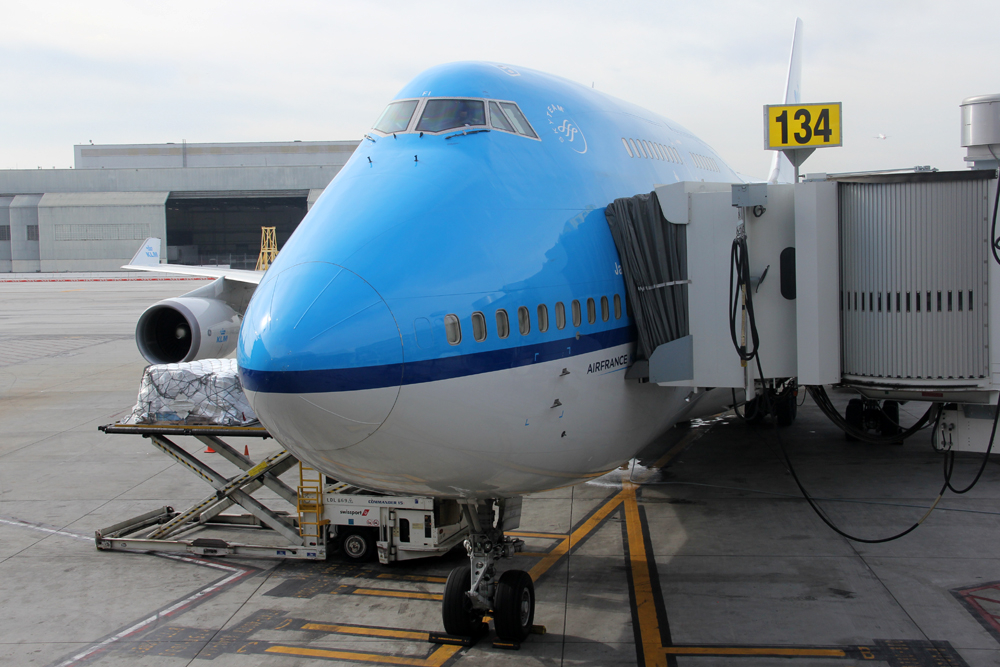 After takeoff from LAX Climbing out of the LA area 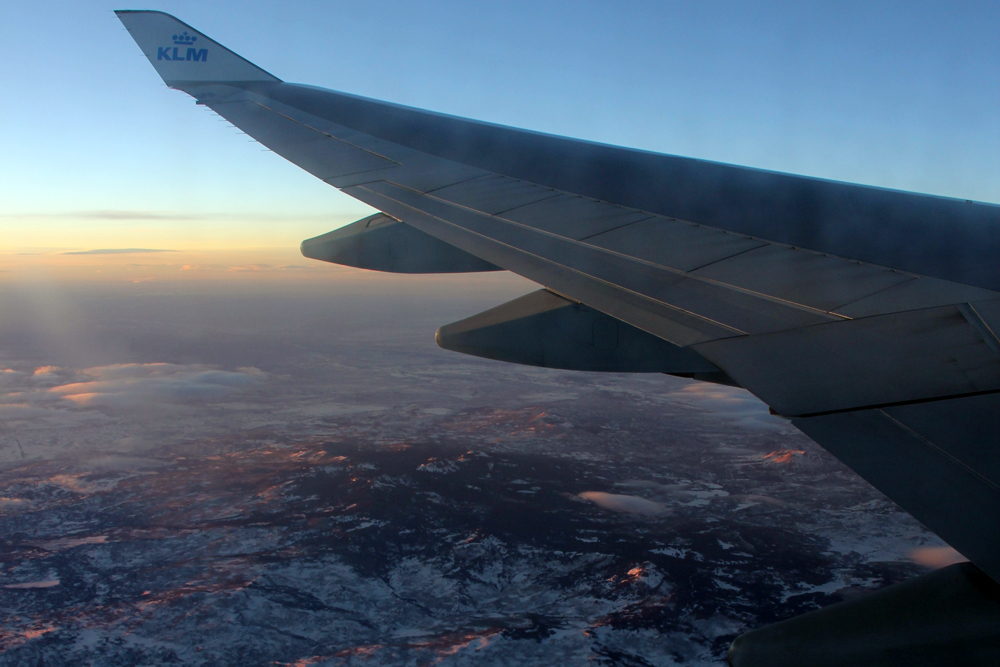 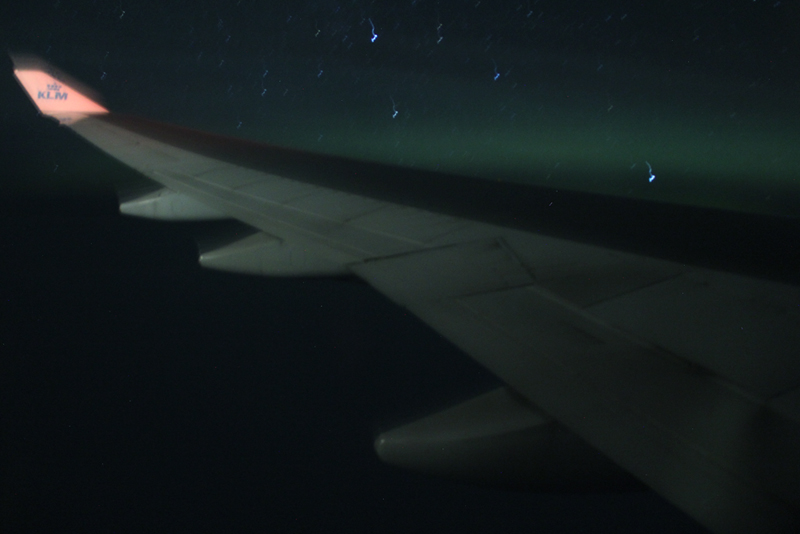 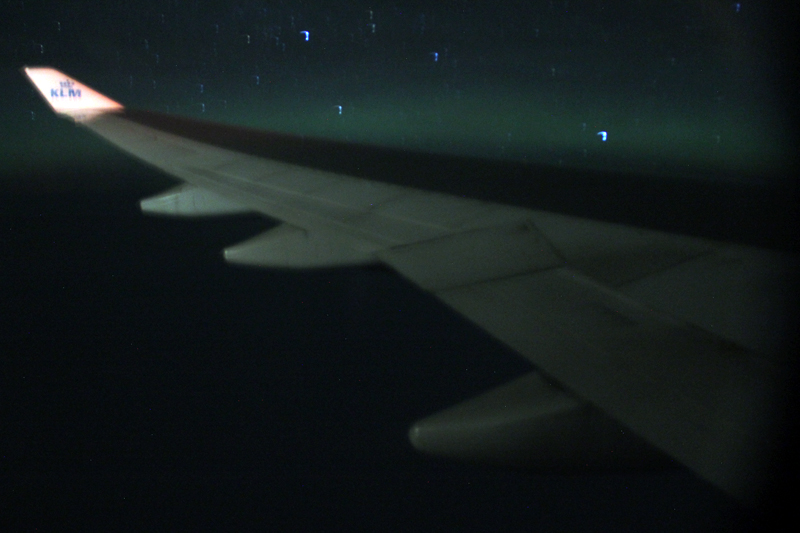 Sun coming up again above England 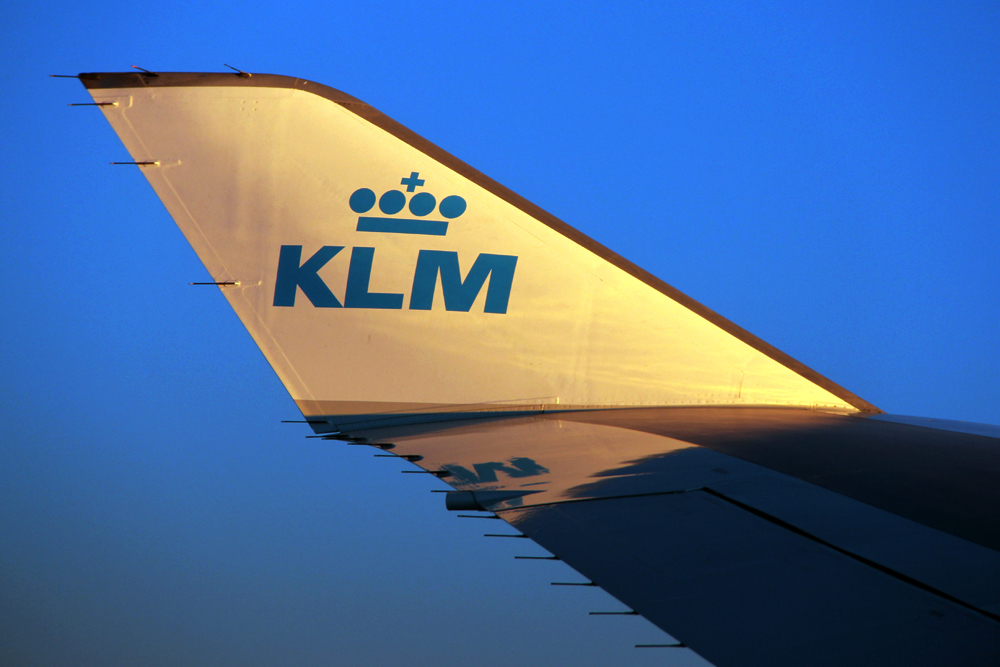 Nice reflections of the low standing sun and the clouds on the Northsea, made possible because there almost was no wind 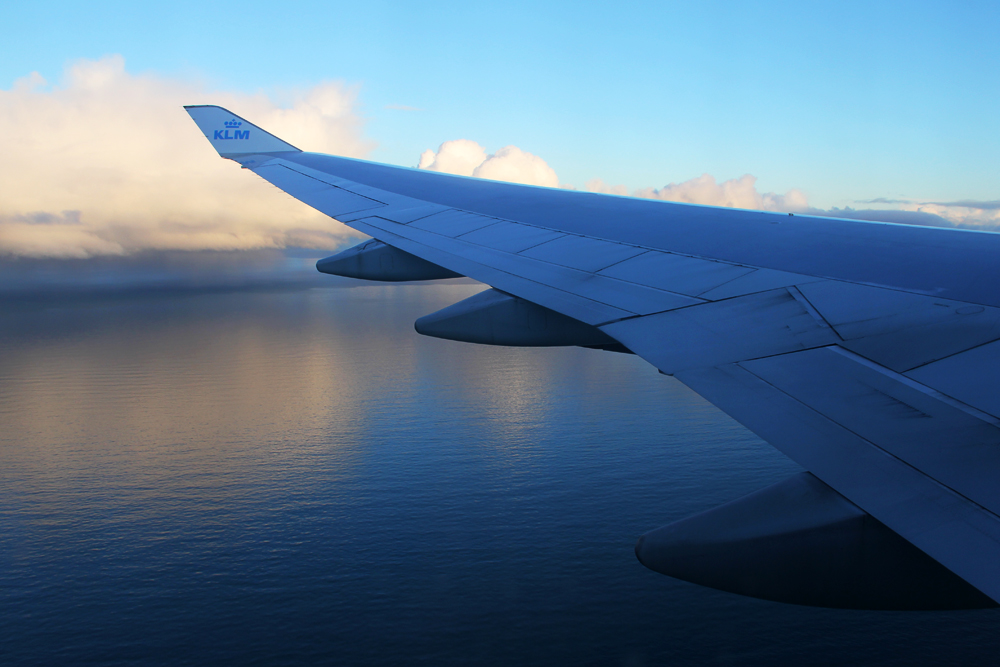 A part of the North-Holland province. Most part of The Netherlands covered by low hanging clouds 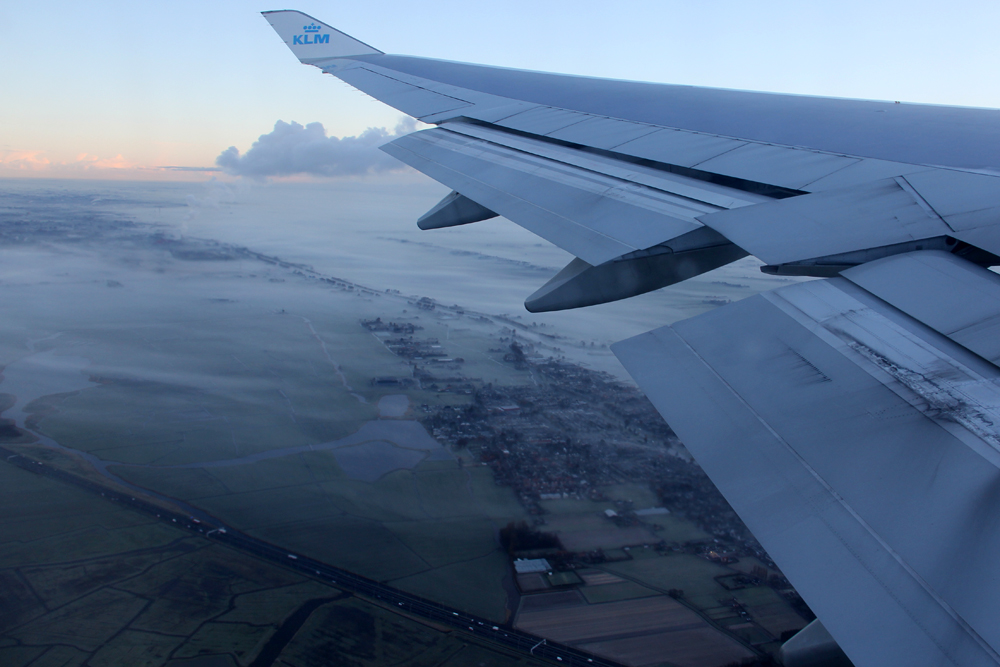 The weather conditions also gave some nice effects on the wings. The condensation kept changing shape every second 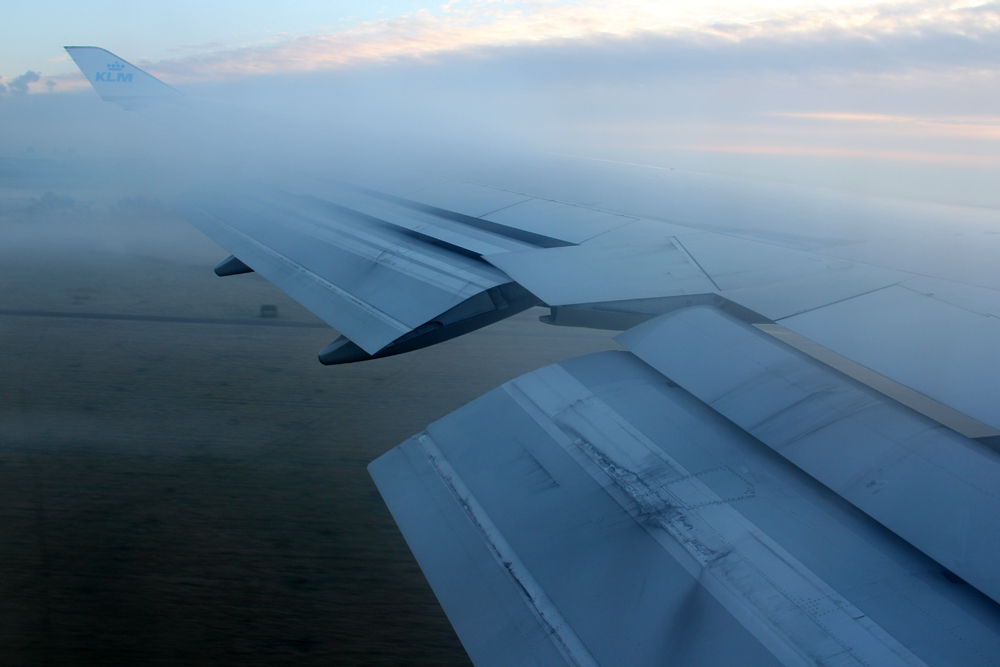 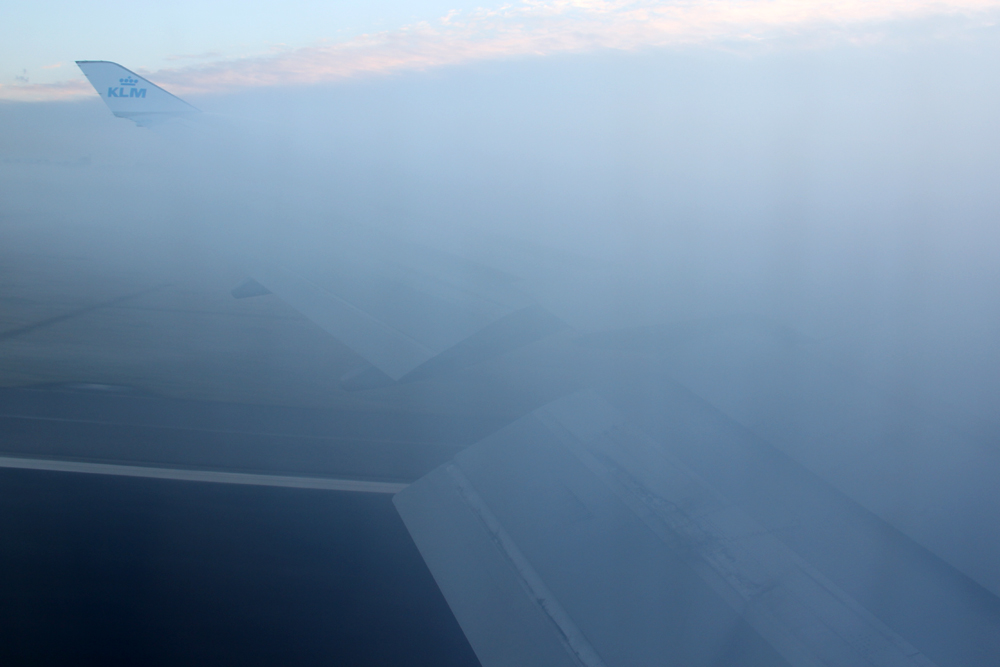 Speeding down after landing on the Polderbaan 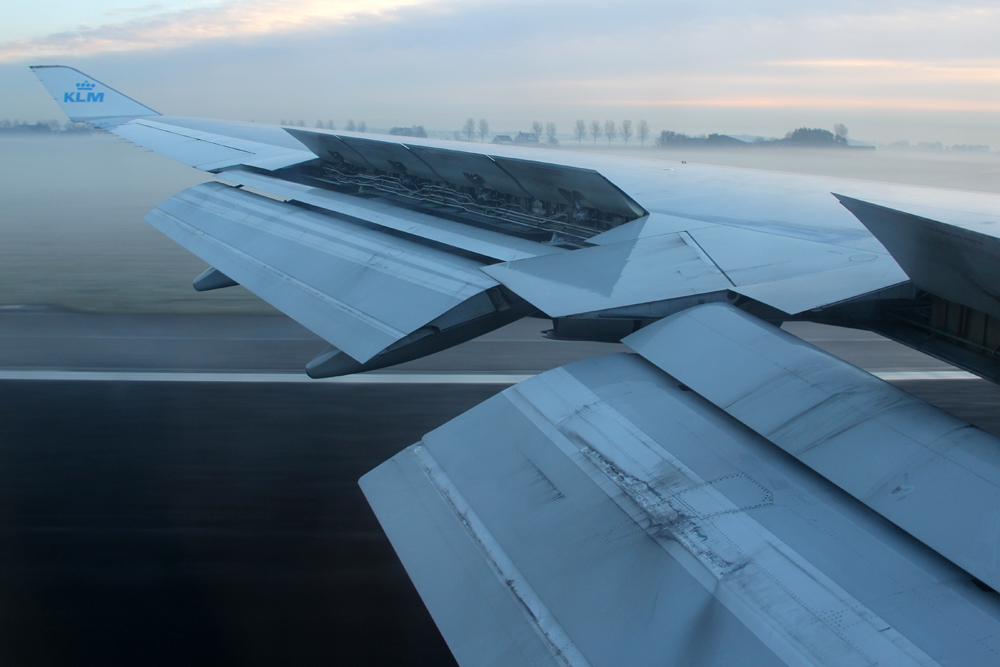